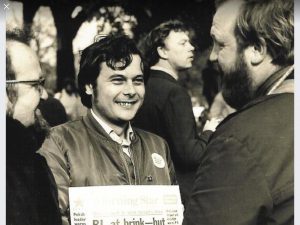 Born David Laurence Platt in 1950 to George and Winfred (nee Haigh), a couple from Huddersfield, who were then living in Melton Mowbray, Laurence’s roots were always firmly planted in what used to be called the North Midlands.

Having joined the Communist Party of Great Britain in 1973, Laurence was heavily involved for the best part of the next two decades in its work in the Nottingham area. Much influenced in the 1960s by the folk music revival, he was for the rest of his life an active singer of quality and an extremely knowledgeable aficionado of, particularly, English traditional song. This led him to membership of the Musicians’ Union as well as the Transport & General Workers’ Union, later Unite, for other parts of his working life.

In 1978, Laurence became the focus of tensions in the Party in the East Midlands. Full-time Party worker, Fred Westacott, wrote on behalf of the local District Committee (DC) from its offices in Castle Boulevard, Nottingham, to Reuben Falber, an assistant general secretary of the Party on 8th March 1978. The Bulwell branch had sought to involve the national executive in a row over leadership roles on the Nottingham Area Committee involving Laurence. The district leadership thought this act would “magnify the issue” and signal a lack of confidence in the District.

Miners’ leader, Joe Whelan, had made some remarks in the heat of the moment during a DC discussion, to which John Peck had taken exception. In clear breach of democratic centralism, Peck took his concerns back to his branch, instead of raising it at the next DC meeting. The discussion on the DC had been about a “snap decision” taken at the Nottingham Area Committee meeting to remove Laurence as Area Secretary “because he had accepted a part-time District responsibility”. All the votes for his removal came from members in two branches, Bulwell and Byron, out of eight branches in Nottingham.
John Peck was Chair of the Area Committee and it was his wife, Margaret, who moved the motion for Laurence’s dismissal. No-one was left in doubt that he was deeply opposed to the District Committee decision to appoint Laurence as a paid district worker. Indeed, Peck had told a “well-known Nottingham comrade who was not a member of the District or Area Committee that little was known about Laurence Platt and that he believed he was once in the International Marxist Group (both statements are completely false, incidentally).”

Such behaviour was now normal for Peck who was intensely sore at having himself been removed as District Secretary. In 1965, he had been imposed without any discussion or notification. Then a reduction in staffing was forced by funding problems but the District Committee was denied the right to elect its own secretary. Another full-timer from a different district was sent in to oversee things. After that, Westacott was then elected secretary by 22 votes to 2 for Peck. Despite some exemplary work, the latter had come to regard his position as special and exempt from the disciplines other comrades had to apply.

Westacott added that there was a strong feeling on the DC that a “young comrade like Laurence, who has been doing a great job as Area Secretary and who – under great personal difficulty – rallied to help in the district office when I was ill – was being pilloried in a somewhat unprincipled manner”. In the event, a different approach to paid work emerged but, for the next decade, Laurence remained Notts Area Secretary.

He was also a member of the Communist Party’s national race relations committee, run by official Dave Cook, a Peck ally, which agreed at its May 31st, 1980 meeting that Laurence write a piece on the trade union movement for a broadsheet. Always conscious of the need for calm and temperate approaches to differences, whether they were with egregious right-wingers in the Labour Party, or with the, sometimes, seemingly bizarre contradictions that would grow to destroy the CP, as it then was, Laurence would have found Cook exasperating but would have never displayed this. 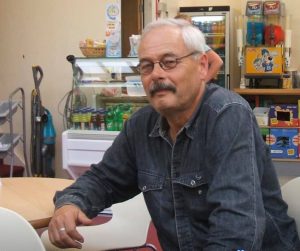 His quality of being able to maintain perfectly friendly relations with people he thought habitually transgressed basic human norms of civilised behaviour, including stabbing him in the proverbial front, always amazed me. Confidences from him of this kind came aplenty in the many years after, during which Laurence and I became personal friends. I could not have found a more welcoming comrade than he, after I moved to work for the TGWU in Derby for six years from 1980. This was a little after he himself became Trade Union Liaison Officer for Nottingham Community Relations Council, which led him to considerable involvement with unionised workplaces.

The T&G organised across the whole Midlands, and the Left and the Party followed this practice, so our paths continued to overlap, even when I began national work in 1988 and he was `our man in Notts’!

But in 1982, Laurence was again the subject of targeting by the revisionist careerists, who were now talking about bringing in occupational pensions for full-time revolutionaries. As Fred Westacott approached 65, he looked for his position to be replaced. After two years reflection, out of eight candidates, two, including Laurence were short-listed by the Secretariat, which I was a member of. I had really hoped he would be the new District Secretary but another comrade with local connections applied late in the day and his name was added. Then, with no further applications coming in, this person was unanimously recommended with Laurence generously withdrawing. At this stage, the Party’s Political Committee objected in vain.

In retrospect, Laurence was by far the best choice, but it did not happen. It seemed that all his life, there were those who were so unnerved by his calm ability that they could not restrain themselves from opposition. It led to great calm and wisdom in fraught times.

Like myself, a reviewer of books for the Morning Star in the 1980s, Laurence’s direct style much more read like he sounded. Honest, full of integrity, and sincere. In 1985, he was generous about a book on Ethiopia during the Party-Star crisis, even though it was marred by the “sort of standard anti-sovietism that is a so much a part of the coverage of world events”. His piece was cheek by jowl with a book review from Dave Cook on immigration that was an unashamed plug for his Campaign Against Racist Laws (CARL).

The following year saw a wave of internal protest in the CPGB against people like Cook, ranging from “concern” to “disgust” and “condemnation”. Demands came for the lifting of mass disciplinary suspensions, the reinstatement of full-time workers, the early reconvening of the suspended London District Congress. Laurence was one of those who focused on the outrageous bullying of individuals. He spoke out for radical black activist Winston Pinder, an act of solidarity for a victim of bureaucracy, specifically noted by the self-serving paid elite. The revisionist “Euro-Communists” who took over the CPGB during the mid-80s, successfully expelled for trivial reasons, or administratively excluded thousands of comrades like Laurence. Many found their way first into a campaign group of the exiled and then into the Communist Party of Britain, a re-founded but reformed `continuity’ body.

Left alone by the revisionists in the relative calm of the unsympathetic-to-King Street East Midlands, Laurence found himself the last District Secretary the CPGB would have. When he represented the East Midlands on the 1989 CPGB Congress Elections Preparations Committee, Laurence would probably have been the only member seeking EC members who were of the working class, involved in the labour movement, and who had a basic grasp of Marxism.

At the time, he was playing a significant role on the local trades council and was Chair of Jobs for Radford. An inner-city area of Nottingham, it had been home to Raleigh Industries – once the world’s largest bicycle producer, Player’s cigarette production complex, which involved a range of factories, offices and warehouses, and Manlove, Alliott & Co. Ltd, producing waste disposal incinerators.

All during the 1990s and early 2000s, Laurence was without a political Party. As he saw it, his Party had left him. But, after the various Midlands districts of the CPB were merged to form the Greater Midlands District, which I became Secretary of, he signed up to membership after a hiatus of 17 years. I seem to recall his opening remarks at one of his first meetings of the CPB were: “As I was saying before I was so rudely interrupted …”.

In the interim, he had retrained as an archaeologist and was a contributor to several recent digs in the East Midlands. One of Laurence’s most recent achievements was a published paper on archaeological finds at Wharton, near Bingham, which he spoke about to local groups. Also the secretary of a large TGWU branch in Nottinghamshire, which merged into Unite, he also became a member of his Unite Regional Sector Committee.

A candidate for the Left-leaning EU-sceptic, NO2EU, in the East Midlands constituency in the 2009 European elections, in more recent years, he was a much-respected Chair of the Midlands CPB District. As a member of the National Co-ordinating Committee of United Left, the broad left of Unite, representing East Midlands, Laurence was a key figure in the further development of a fighting back, organising union.

He should have joined the CPB executive in 2016 and was even on the recommended list but, sadly, the vagaries of life prevented this. Laurence was the author of an excellent CPB pamphlet on the Tory anti-union laws and many features for the Morning Star on manufacturing policy, including steel.

Suffering from cancer for over two years, that eventually spread to all parts of his body, Laurence Platt died peacefully in City hospital in the early hours, surrounded by 30-odd recent copies of the Morning Star (spread out on the bed, bedside table, chair, radiator and floor), all read and discussed with his close ones. His long-term former partner, Sharon Clancy, had spent the evening with him, reading out well wishes from his many friends and colleagues in response to a post he had asked her to write on Facebook telling people why he had been quiet for a while. For those not knowing Laurence, the scene would have appeared surreal, but it wasn’t, it was him all over – he was not a mundane person.

Laurence expressed very firm opposition to a funeral and eulogies, however sincere, and donated his body for medical research. However, we can announce an event, less a memorial and more a cultural/political event on June 1st in Nottingham that includes singers and musicians, alongside speakers on themes he was associated with, such as archaeology, trades unionism, and history.

As joint editor of a history of the TGWU in six volumes, being prepared for its centenary foundation in 2022, I find it a great sadness that Laurence, who would have been first on my list to help with research in the East Midlands, cannot now help with this. He will, however, be remembered in his own right, at least in the final volume (1992-2010), which I will have the privilege of editing. Laurence was a powerful advocate of the changing of the face of the union so that it was not purely white, a process in which he played a very significant role. 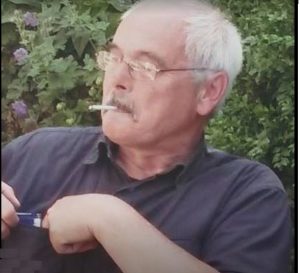 Our class has lost a life-long fighter for working people and an exceptional comrade and human being. Many personal tributes have been paid by his friends and comrades. One of the most accurate spoke of a “comrade of immense dignity and calibre”, who spoke “powerfully, clearly and with gravitas”.

This article first appeared in the Morning Star.

For more info on the Unite project, which is still in early stages, see: https://www.theunitehistoryproject.org/