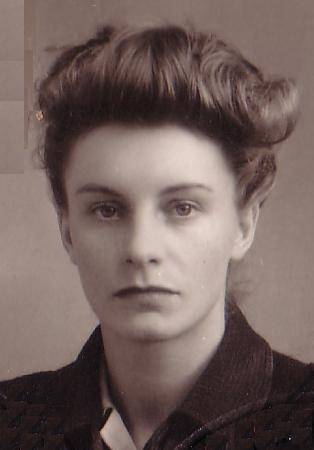 Born Norwich October 26th 1920, Dorothy Abbott (she later married and adopted the name Knight) was seconded by the Department of Overseas Trade to be employed as a shorthand typist to the office of the commercial counsellor at the British embassy in Moscow from October 1945. But she was a committed Communist and it was inevitable that this would lead to problem.

The British Prime Minister, Clement Attlee made a statement on 15th March 1948, in which he set ground rules for the employment of members of the Communist Party as civil servants. Seemingly, “experience, both in this country and elsewhere, has shown that membership of, and other forms of continuing association with, the Communist Party may involve the individual of a loyalty which in certain circumstances can be inimical* to the State”. (* i.e. detrimental, or hostile)

Back in Britain, it was as late as March 1951 before Dorothy was handed a memo that charged that she was associated with the Communist Party in such a way as to cause doubts about her reliability�. The Air Ministry wrote to her in April 1951, offering her a position in the National Parks Commission at Devonshire House, Mayfair Place, which was conveniently near Green Park tube. She would retain her existing rank and seniority as a clerical official. By the following year she was seconded to a Foreign Office department, the Administration of African Territories, also in Mayfair Place.

Dorothy in her 1945 passport photo, contrasted with a more relaxed pose

Bill Abbott   Born in Ancoats, Manchester in 1905, Abbott became an apprentice pattern-maker at a firm of wire manufacturers at the age of fourteen. He worked there for eight years, from 1919-27, until he […]

Dorothy M. Adams During the 1930s, Dorothy Adams was a teacher at Collegiate Girls Grammar School in Leicester. She joined the Communist Party in 1935, but took a low profile because she was a teacher.  Even […]