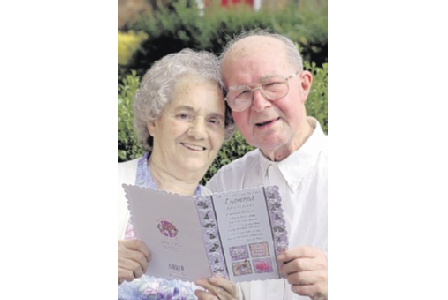 Doris Connolly was born in Great Yarmouth in 1924, whilst her husband Don, was born in two years later. Both were community stalwarts on the New Parks estate in for more than half a century.

The couple met as teenage evacuees on the streets of during a blackout, married in 1945 after Don began a 40-year stint as a miner at Desford Colliery for more than 40 years. They would live, work, and campaign in the area for the rest of their lives.

Having been active in the former Braunstone Frith Tenants' and Residents' Association before moving to Pickwell Close, New Parks, the Connollys were founder members of New Parks Residents' Association.  It is no exaggeration that they then dedicated their lives to improving the lives of people on the estate, even though – maybe because – they had eight children.

The couple were instrumental in securing the New Parks Community Centre, in

As committed social campaigners and lifelong members of the Communist Party, the couple received a unique honour by having a street named after them. Connolly Close, off Birkenshaw Road, is named after the couple, and includes eight council houses and two council flats, created as part of the city council's first new-build council house project in decades.

Don was chair of the branch of the Communist Party for three decades and a member of the Party’s East Midlands District Committee for a period. He also chaired the Leicester Committee Against the Poll Tax in the 1980s and the Tenants' and Residents' Association.

was a long-term volunteer behind the bar at New Parks Community Centre and organised an annual Christmas toy collection for youngsters on the estate. She died in November 2009, aged 85.

Mick Connolly Mick Connolly was one of five children born to Ellen and Danny Connolly, the latter being a Communist Party member. During the tail-end of the Blitz in 1941, Ellen moved her children to […]

Doris Hatt   Born in 1890 in Bath, the Communist artist, Doris Brabham Hatt trained in Vienna and became a painter, designer and printmaker. She studied at the School of Art in Bath, then at […]

Don and Dusty Bennett Don Bennett, born in 1907, was a leading member of the Walsall Communist Party branch who, together with his brother ‘Dusty’, born Gordon but always known by his nick-name, were born […]