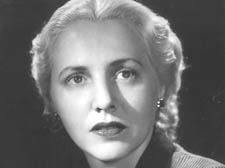 Born Ruth Dunlap Bartlett in 1921 to a wealthy family who developed heating systems, her mother Helen and brother Francis – a psychiatrist and union organiser – used their inherited wealth to help provide funds to set up ’s Communist Party.

In the early post-war period, Ruth owned and run `The Beachcomber’, a small theatre in . A friend and pupil of the Hollywood writer John Howard Lawson, one of the so-called “ Ten”, this made her especially suspect. Thus, by the height of the cold war, Ruth found herself blacklisted for her views and a victim of Senator Joe McCarthy’s witchhunts. A writer, her plays were closed down for spurious reasons. Her husband, Aaron Scharf, an academic, was refused entry to ­American universities because of his beliefs.

After some string-pulling, her husband was offered a place at Britain’s Courtauld Institute of Art to pursue a doctorate. He was to work at St Martins and would become the Open University’s first professor of fine art. This gave the excuse for Ruth to flee with Aaron and this Ruth did in 1956. She settled in , effectively as a political refugee, for the rest of her life.

Ruth became, variously, an actress, a writer and a teacher. She settled in Hampstead and gave her time to helping CND, the Anti-Apartheid movement, Movement for Colonial Freedom, and the British Communist Party. With her theatrical background, she gravitated towards the Socialist Unity Theatre group based in . She was the first person to play the part of Mother Courage in an English-language production of the play of the same name by the great German communist playwright Bertolt Brecht.

Under her stage name of Helena Stevens, she appeared in TV favourites such as Inspector Morse and the Highlander film, and continued to write screen plays and for the theatre.

She was among the earliest members of the Stalin Society and served as a committee member for many years.

She died aged 87 and her life was shaped by her political views – her funeral service was completely free of any religious sentiment and she was even buried in a wicker coffin with a hammer and sickle on it!

Ruth Frow The joint guardian of Salford’s Working Class Movement Library, Ruth founded the library with husband Edmund Frow (see separate entry) more than 50 years ago and it grew into one of the country’s most […]