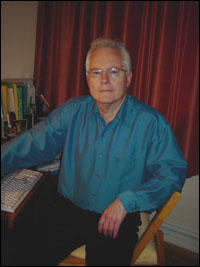 Born in 1944, Roger was 14 years old when he bought his first Daily Worker at a CND demonstration in and became a regular reader a year later. He joined the Communist Party in 1962.

In August 1966, Roger Bagley became first employed at the Morning Star, at the age of 22.  He was employed as a trainee, just months after the Star's name had changed amid controversy from the then renowned Daily Worker. At that time, about 150 people worked in the Morning Star's building at the central location of , yards from the current Guardian offices building, including printers and administration staff.

For a time in 1967 he was the reporter for the Star but became best known for his ten years as parliamentary and then lobby correspondent up to 1978, before his promotion to news editor.  Although firmly in opposition to the revisionist onslaught against the paper, he left the stressful role of news editor after 12 years for a ten-year gap until he returned again to the paper as a reporter in 2000.

Roger O'Hara   The full-time secretary of Merseyside Communist Party from 1970 to 1980, he succeeded Tom Cassin, who held the role for just a year and Gerry Cohen before him, who was the incumbent […]