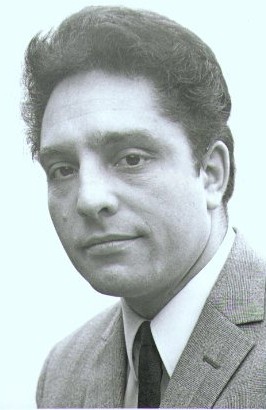 Adams left school in 1951 and. By his own account, was a “bit of a rough neck” in his teenage years, being a member of the Moorhouse Boys gang. This recruited from former students at the local Catholic school and, aping the lastest fashion of the day, aimed to dress in the most up-to-date suits; in effect, they were “Teddy Boys”.

But during the 1958 Notting Hill riots, Eddie Adams saw fascist agent provocateurs encouraging passive spectators to get more involved: “there were these characters in the crowd who were stirring things up, wandering round saying ‘Let’s get the black bastards.’ They weren’t working class, they seemed to be a bit from somewhere else – not from the area.” [History Talk May 2008]

The local Communist Party campaigned hard to undermine racism and held a poster parade around the area, the theme being `There is only one race – the human race’. In the event, after significant broad anti-fascist campaigning, the 1959 election was a bitter disappointment for Mosley and his followers, who had expected to get a breakthrough.

Perhaps stimulated by all this, Adams became a long-term member of the Communist Party and was its candidate in the 1981 GLC elections for the Kensington area. (Adams is pictured at the time as a candidate.)

He joined the Alliance for Green Socialism after the demise of the CPGB and was its candidate in the 2005 elections in Kensington and Chelsea, polling 101 votes (0.32%).

Dorothy M. Adams During the 1930s, Dorothy Adams was a teacher at Collegiate Girls Grammar School in Leicester. She joined the Communist Party in 1935, but took a low profile because she was a teacher.  Even […]

Eddie Dare Born Edwin Hornsby Dare on 8th August 1919, he was the eldest of seven siblings. Suffering from polio as a child, Eddie also experienced the tragedy of a brother’s suicide.   Following a Devonshire […]

Eddie McCluskey   Born in Scotland in 1920, Eddie McCluskey was a prominent union convenor in post-war Coventry, where he had landed in pursuit of work in the immediate period after the war.   He […]