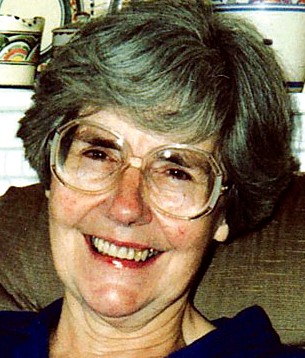 Born into a working-class family in Islington in 1922, Marie was brought up in Lewis buildings, in , Islington. She attended before winning a scholarship to . Noted for being a strong character from an early age, she won a scholarship to the local grammar school and discovered that despite the sacrifices her family had made, she was picked on because they were too poor to afford a proper uniform. Her instinct was to fight back, and she kept on fighting all her life.

During the second world war, she was heavily involved in trade union and Party work. She met and married John Betteridge, a fellow Communist, in 1946 and they went on to have two children.

In this period, she campaigned for better housing, healthcare, safer streets and more play space.  Evicted from the town hall gallery on a number of occasions, together with members of the campaigning groups she worked alongside, such a tactic was often at hand to secure victory. She contested parliamentary elections as a Communist in and Finsbury. One of her leaflets ran: “Women Can Decide the Election – Vote Marie Betteridge!”

John died in 1967 and Marie later made her life with another comrade, Ted Archer, their partnership lasting until her death.

In 1975, Marie Betteridge was named Woman of the Year by the Islington Gazette, a recognition of what she had achieved locally for people. Her reaction to the award was characteristic. She pointed out to Gazette readers that these achievements were not hers – they belonged to those who had organised and fought for change.

In 1983, she decided not to stand against Labour’s Chris Smith being generally supportive of his political outlook, and especially his bravery at coming out as Britain’s first openly gay MP.

In the 1980s, she and Ted moved to Kings , in Hertfordshire. Although she remained interested in Islington and joined the fight against plans to demolish Finsbury Health Centre, a major step forward for progressives in the 1950s that she would have been intimately involved in, not long before her death at the age of 87; Lord Smith attended her funeral.

Jack & Marie Shapiro The Shapiros began their youthful political activity in the mainstream Communist movement but diverged into supporting other Marxist tendencies for much of the second half of their life.  Born in […]

John Betteridge Born in 1911, John R Betteridge worked in the tailoring trade until 1948, when he became Secretary of Hackney Communist Party. He stood as the Party’s candidate for Hackney South at the General Election […]

Cairns Marie Married to Sammy Cairns (see entry for Bill Carr and Sammy Cairns), Marie lived in Moorends from the age of 10 years and was well known locally in her own right. At the […]