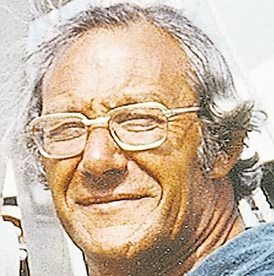 Joe Kahn was born on the 24th February 1916 in to Russian-Jewish immigrants. He left school at 15 and worked in a number of jobs before becoming a warehouseman. He joined the National Amalgamated of Shop Assistants, Warehousemen and Clerks in 1935 and was instrumental in persuading fellow workers to strike for better conditions.

Impressed by its anti-fascism, Joe joined the Communist Party, then at the centre of the battles with Sir Oswald Mosley's British of Fascists. He was arrested at a demonstration in Dalston, east , but was bailed out by his mother. He was among the thousands of protesters at on 4 October 1936, who prevented Mosley from leading his Blackshirts in a march through the Jewish areas of 's .

Joe joined the International Brigade in December 1936 and, following a brief period of training, rendered virtually useless by the desperate shortages of arms and ammunition, he went into battle on 12 February 1937 at the Jarama valley, just to the south of Madrid. The inexperienced volunteers were pitched against Franco's elite Army of and suffered appalling casualties. Joe was wounded on the second day of the battle, suffering concussion and a serious wound to an eye. Of the 500 who went into action on 12 February, only a third remained in the line two days later. Joe took no further part in the fighting, spending the next six months in and out of hospitals before being repatriated in August 1937.

On his return from , he left the Communist Party, seemingly over the issues arising from the purges and the treason trials, and joined the Labour Party, which he remained in for the rest of his life.

During the Second World War broke out, he was a fireman in . After the war Joe and his wife established a business selling office furniture and he went on to become a magistrate, Labour councillor, and Labour mayor of Hackney.

Joe Deakin Joseph Thomas Deakin was born on August 11th, 1858 in Wednesbury, Staffordshire, the son of Charles, a blacksmith, and Marie, nee Middleton. He left school at the age of 12 to work for […]

Joe Oliver Joe Oliver was President of Southall District of the Amalgamated Engineering Union (AEU) from 1940.   A Communist, he was described as "an eloquent, inspiring speaker, factory management have learned to respect his skill […]

Joe O’Connor A prominent republican in Ireland in the 1940s, O’Connor moved to Britain and joined the Communist Party. Active in the railworkers’ union, he was a long-standing member of the North London Council of the […]