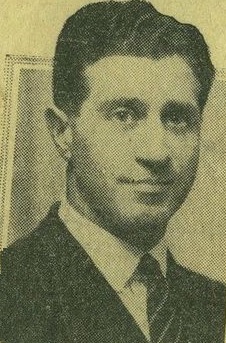 Known as Julie to his colleagues, Lipetz was a well known and respected Edinburgh General Practitioner and active Communist Party member. Born 3rd October 1903 (some sources say 1901), one of five children to Hymin Lipetz, a Russian “jewellery traveller”. and his wife, Lena.

He was educated at the Royal High School and Edinburgh University, Scotland. He graduated in 1926 and soon after began working with brother Dr Sam Lipetz as a GP at Pleasance, Edinburgh. The area the practice served was poverty stricken, with overcrowding, insanitary conditions, rat infestation, and high unemployment. The tenements of Arthur Street, Prospect Palace, and many other such areas were served by the Lipetzes. As many of their patients were not working. and could not afford to pay, the brothers often went without pay themselves.

Dr Julius Lipetz married Marjorie Simon (pictured below) from Middlesborough at its Brentnall Street synagogue in 1932. He served three and a half a years in the armed forces during World War Two, when he was stationed in Africa and Italy. After the war, he founded the Clinical Club of Edinburgh. He became a lecturer at the department of General Practitioners at Edinburgh University and continued to work closely with his brother Sam Lipetz at their inner-city practice which served the poverty stricken east end.

In 1961, he was a delegate to the 27th Congress of the Communist Party, where he spoke of the detrimental impact of the introduction of prescription charges and the doubling of charges,

An obituary in the British Medical Journal states that it was “no exaggeration to say his patients worshipped him, many of them into the third generation”.  Julie died aged after a short illness on 25th November 1972. 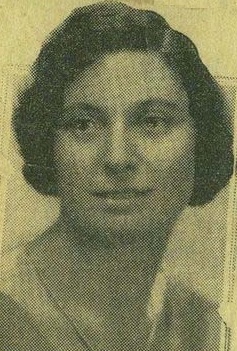 Manny Julius Manny was born Emmanuel Nadelsticher on 25th May 1912 in Westcliff-on-Sea to Harry and Sophie Julius.  Harry's father's name had been Julius Nadelsticher but he eventually became known as Mr N Julius and […]

Dr Roy Johnston Roy Johnston was born in Dublin, Ireland in 1929; his father, Joseph Johnston, had been a Protestant "Home Ruler" farmer from the Dunganon area of Tyrone and a member of the Irish […]