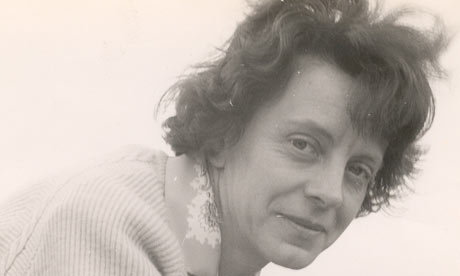 Born Hilda Froom eight days after the end of the first world war, she grew up in a working-class home in Liverpool where Speed, the news-sheet of the tram drivers, was produced.

Aged 13, in 1931, she proposed that her school should condemn the Japanese invasion of China and call upon the League of Nations to live up to its charter and take sanctions against Japan. The motion was taken in front of the whole school. She was not intimidated and won enthusiastic applause from her fellow students. She left school the following year.

When the Spanish generals under Francisco Franco revolted against their republican government in 1936, she joined the struggle to save democracy in , collecting funds and the like to ship to the Spanish people.

Hilda's home was a safe house for refugees from Germany, and many other places who had stowed away on ships bound for . The Frooms' loft and back bedroom gave them shelter until a ship could be found to take them to safety in South America or . When war was declared in 1939, all Germans were arrested, even the well-known anti-fascists. Hilda was unceasing in her efforts to get anti-Nazis released.

One of them, Hilda's boyfriend, Lou Baruch (born 2nd March 1917 in ) survived the sinking of the Arandora Star on his way to , was then taken to on the Dunera, and eventually released in 1942. They married and in 1948, by then with two sons, John and William, moved to .

Hilda started a new career working in the woollen textiles industry and later as a teacher. She chaired the Clayton Scout group and was involved in campaigns to improve school facilities and bus services, as well as campaigning against nuclear weapons and against war.

Lou (pictured left) died at home in on

Hilda (Kutty) Hookham Born Hilda Henriette Kuttner on 22 May 1915 in Hampstead to a mother with the last name of Allen, she married Maurice Hookham early in 1935 in Wandsworth. The Hookhams visited the […]

Hilda Forman Born on the 1st January 1920 Hilda Sybil Forman was daughter to Harry and Rachel Davies. The middle child of Jewish Russian/Polish migrants, her impoverished upbringing worsened when her father, a tailor’s machinist, […]