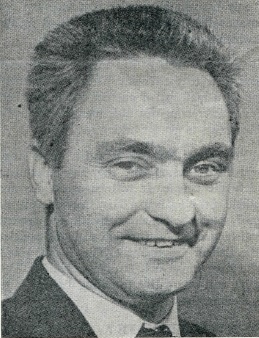 Born in May 1932 and educated at Cafield secondary school in Sheffield and then at Rotherham college of technology, Morton was strongly associated with the Communist Party in Sheffield, having joined it in 1950.

He was an engineering worker and convenor of shop stewards at the major plant and Communist stronghold of Shardlow’s. He was also chair of the Smith’s Group national joint shop stewards’ committee in the 1960s, a role which brought him great respect in the careful manner in which he managed political tensions.

The first CND workplace branch in the country was established in Shardlows by two Communist AEU members and a Labour Party member. By October 1961, it was 75 members strong.

A member of the Executive Committee of the Communist Party from 1965, he contested Burngreave ward that year polling 6.7% of the vote.   The following year, he tried

In 1976, along with two other key engineering leaders of the Party, Jimmy Reid and John Tocher, Morton resigned from the Party. All three had all been members of the Political Committee at one time or another. All three probably left out of a sense that the Party was not poised to take off significantly and that its former key role as a powerhouse of industrial militancy was about to fall apart. More crudely, some have assigned personal career-based motives to the trio, who were all AUEW members. A fourth AUEW activist, Bernard Panter, also left the Party at this time.

One of Morton’s election leaflets can be viewed here:

Gary Morton One of two sons of Ken, an engineer, and Hilda (née Bracken), a secretary, Gary attended University College school in Hampstead, north London, where he developed a lifelong passion for politics. He immersed […]

Dr Cyril Taylor Taylor was born in 1921 in New Brighton, Liverpool to Orthodox Jewish parents. His grandfather had fled the pogroms of Eastern Europe to settle in Merseyside. The families name changing from Zadesky […]

Jim Morton Jim Morton was a Communist Party member from Taylorstown, Rhondda, in south Wales. He knew Harry Pollitt from his earliest visits to the Rhondda in the nineteen twenties.  "He came to our house […]