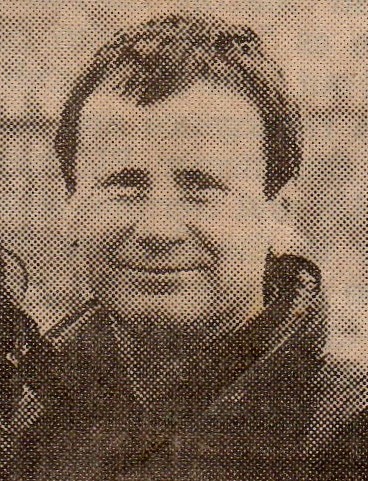 Born on January 11th 1938, Michael Fenn would become of the core group of leading shop stewards in the Royal Group of Docks, which famously had “Arise Ye Workers” emblazoned on its banner.

Having only entered the docks in 1965, Micky became a member of the National Association of Stevedores and Dockers, NASD, largely fixed on the London docks. It had the nickname of the “blue” union arising from the colour of its membership card but the abiding difference since 1948 (until 1968) had been that the NASD did not ban Communists from holding office, unlike the TGWU.

Micky was a key participant in the founding in 1967 of the unofficial National Port Shop Stewards movement, which united NASD and T&G dockers, of which he became the secretary. When in January 1968, London dockers assembled for mass meetings to elect a joint shop stewards committee for each firm, these were joint meetings of the NASD and the TGWU.

Since the latter still in theory applied a 1950 rule-book ban on Communists holding office, the dockers demanded that no political bars be adopted, for the NASD had no such ban. Eight representatives were elected by 1,950 men at the meeting, Micky Fenn being one of them, representing the `Thames 65 Company’. The top two successful candidates were Jack Dash and Vic Turner, both members of the Communist Party.

The T&G official machinery refused to accept the accreditation of Dash and Turner, whereupon all of the TGWU non-communist stewards refused to sign the declaration. The result was that the TGWU had no credentialed shop stewards, but the NASD had. Despite this, the T&G’s Regional Officer and Docks Officer met the elected shop stewards to stress the need to adhere to the union’s constitution. Although the T&G changed its rules that very year, the debarment of some stewards inevitably pushed Micky more into the limelight.

He was also one of the Communist London dockers’ leaders who were heavily involved in industrial action during 1972, which famously brought them into conflict with the law. (See below for an account of these events written by Micky.)

In 1973, Micky Fenn left the Communist Party and joined the International Socialists (IS, which would later become the SWP). It appears that Fenn was not satisfied with the Communist Party’s assessment that rendering Heath’s anti-union laws inoperable had been enough and that efforts now had to be put into securing the return of a Labour government.

Flowing from this new adherence to the SWP, in the late 1970s, Micky became heavily involved in the Anti-Nazi League. A fellow activist described him as “an excellent organiser and a wonderful public speaker totally committed to the struggle”.

When the Royal Docks were closed, Micky was transferred to Tilbury docks in 1981, where he also became a leading shop steward. The following year, the NASD finally merged with the T&G.

After eleven days on strike, discovering some ports had already caved in, Tilbury also went back to work. After official strike ballots had been won, 152 dockers were sacked in the port – the most hardened trade unionists. 450 others were told to sign new individualised contracts or to loose their jobs, too. Three years in tribunals saw the men win their case but not win their jobs back.

Micky Fenn became the chair of a London support group for the sacked Liverpool dockers at the outset of their own long struggle but, sadly, died suddenly on July 28, 1996, aged only 58.

It was obvious we had to do something about the containers so we began picketing at the same time the Tories were introducing their Industrial Relations Act, but we didn’t think it would be a danger to us; but just in case, we made over our houses and cars, etc, to our wives and arranged that if the top four stewards were lifted there would be another four to take their place, and then another four.

When we heard they were planning to arrest three of us outside Chobham Farm there were 3,000 of us and about as many police. The SPG didn’t exist in those days, but there are only 250 of them and 3,000 of us would have given them a hard time. Anyway, later on some bailiff came down but all he got was a rolled umbrella in the ribs, two of them cracked – some dockers do carry rolled umbrellas.

At the same time we began to spread our picketing to more container ports. We would tell any lorry that threatened to cross the picket that they would he blacked in every port in the country. Then we began following the lorries and we followed them all, up to 200 miles we went, and every time a lorry went into a place we would follow.

Well, one day the port shop stewards were having a meeting and we heard four or five of us were to he arrested. Well, anyway, we had decided that it was better for some of us to be arrested than fight the police in the streets, because we could build up a campaign round this. When it happened we immediately decided to shift the centre of our picketing to Pentonville prison and make that the organising centre for our operations. The docks had come out immediately they heard about the warrants, and this went for all the docks all over the country. The problem was that the Tories had planned it so that we would be fighting when every car plant, mine and engineering factory would be closed for the summer. The big problem was how to get around all the different places arguing with each one why they should be out: it took a long long time to argue with each one.

At this time the press was going on about how we had vast financial and organisational resources, but I can tell you, because I was treasurer of the port shop stewards’ funds, that we began with £4 – but this gradually built up. We had collections among our own lads and donations from outside.

One thing we found out was that if you give people a chance they really can have great imaginations. When we had the posters people asked me, “Where should we put the posters?” but I said, “Wherever you think there should be posters put them up,” so posters appeared all over the place – on Buckingham Palace, Lambeth Palace. The NF HQ in Croydon was plastered. We tried the Tory headquarters but policemen were outside so we left it. Transport House was already done when we got there. One bloke managed to get right up the outside of the Bank of England, and I’ll never work out how he did it without ropes.

It wasn’t easy bringing out Fleet Street, I can tell you, but we went right up there and said to the FOCs, “Look, your unions were always the ones at the front of the anti Industrial Relations Act demos, and you know that if you were in the same position the docks would be out for you.” And they hung their heads low and had to agree. Soon the papers, I think the Mirror was first, came out and by Sunday all the major papers had stopped. The secondary picketing and the big campaigns to win support were vital. That is why the Tories had to find this Official Solicitor, who was last used about 900 years ago, to pull their rabbit out of the hat.

Micky Burn   Michael 'Micky' Clive Burn was born on 11th December 1912 into a well-to-do home in Mayfair, London. He was the son of Sir Clive Burn, a solicitor employed as secretary to the Duchy […]