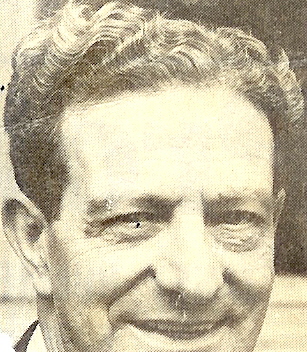 David Ainley
Born in 1909, he joined the YCL in 1923, and was a leading activist for most of his youth. He was the Manchester & Provincial representative in the YCL leadership from 1925. A member of the Lancashire and Cheshire District Committee and the national executive committee of the League and District Secretary, he followed this by being elected YCL National Organiser.
After the YCL, he was Manchester Area Secretary of the Communist Party. He was, for a time, a chair of a shop stewards’ committee and combine committee, and a branch officer for the AEU. He was a District Committee member for the AEU, Trades Council delegate, on the board of the Beswick Co-op.
Before the Second World War he was northern circulation organiser of the Daily Worker. After the war, for 27 years, he was Secretary of the Peoples Press Printing Society, the co-operative of readers that owns the Morning Star, from 1945 to 1972. He was heavily involved in the co-operative movement in the London Co-ops, a former president of the London Co-operative Society, a member of the executive of the Co-operative Union and a central officer of the International Co-operative Alliance. David Ainley died in 1986
Source: Morning Star 25th February 1986

David Nicholson Nicholson was born in Nottingham in 1956 and educated at Forest Fields Grammar School. He graduated from Bristol Polytechnic with a history and politics degree and began work in the health sphere. At […]

David Ivon Jones   D I Jones was born in 1883 in Aberystwyth, Wales. Jones was orphaned as a young child and brought up by his grandparents, but his grandmother also died when he was […]