Better known with his twin brother, Sid Brown (see separate entry) as one half of the cartoon duo that formed “Eccles”, the staff cartoonist for the Daily Worker and later Morning Star, Frank Brown was born in West Ham, London in 1926; his father being a toolmaker. The young Frank served as a sergeant in the Royal Engineers in world war two and it was during his time serving abroad that he began cartooning. He submitted his first drawings to forces newspapers, the Radio Times and the Indian edition of the Listener.
Greatly interested in politics at school, he joined the Communist Party before being called up and was involved in progressive movements in India and Ceylon (today Sri Lanka) while in the South East Asia Command forces.
After demobilisation he studied and, in 1953, qualified as an architect, working for the LondonCounty Council for a number of years. During this period, he and his twin brother, Sid, drew cartoons for many journals, including the Portworker, the Metalworker, Challenge and pocket cartoons for the Daily Worker. 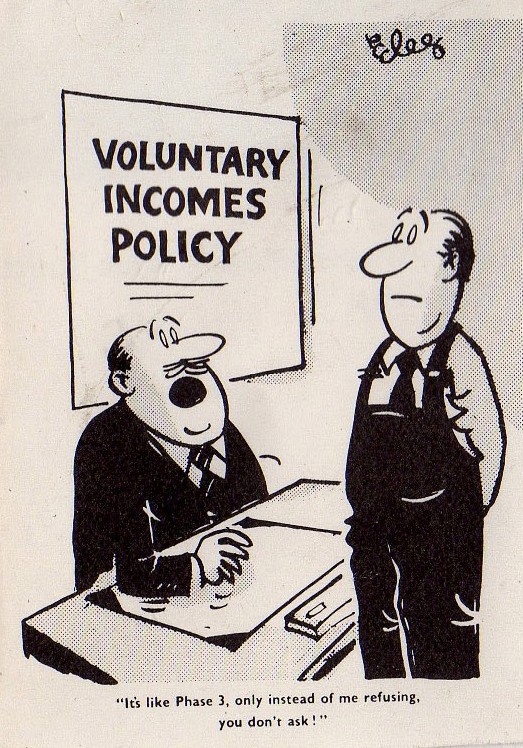 In 1960, he started working full time for the Daily Worker, having already taken over part time in 1957, and was for a number of years the secretary of the Fleet Street Cartoonists Association. He was Vice-Chair of the Morning Star’s Communist Party committee. He died in September 1986, aged 60 years.
Sources include: Morning Star 22nd September 1986

Frank Parker   Frank was a member of the Communist Party's youth wing, the YCL, and subsequently the Party itself without break from 1937, from when he was a mere 13 years of age. He […]

Frank Thacker A long-term member of the Coventry Communist Party, Thacker was the treasurer of the Editorial Committee producing “Coventry Labour's Voice”, a journal organised jointly between the Trades Council and the Labour Party […]

Frank Loeffler    Frank Loeffler was born in Oxford in 1920 to a father, George, a chemist who originated in Germany. George took his wife and Frank’s future mother, Elizabeth, to leave England at the […]