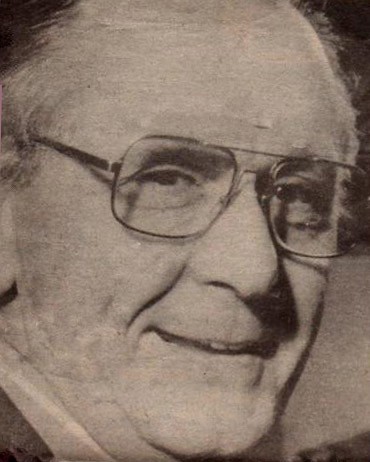 Born in 1922, Ken Brett spent 50 years as a member of the engineering workers’ union, 20 of those as Assistant General Secretary of the AEU, mostly when it was led by right wingers, a feat that, as a life-long Communist, he managed with extraordinary dexterity.

Manchester born and bred, he was already a member of the Communist Party when he became secretary of the Manchester Shop Stewards Forum in 1948. He kept this role until the formation of the Broad Left Engineering Committee and Engineering Voice and, having thus been recognised as a key organising and campaigning strategist, he reprised the role under the Engineering Gazette.

Elected AGS in 1967, he was part of the AEU leadership, under Hugh Scanlon, that defied Tory anti-union laws and, in 1982, in the face of intense right wing opposition, he himself only very narrowly lost election for the position of General Secretary of the AEU.

As an elected member of the Management Committee of the Morning Star, he found himself expelled from the Communist Party following the controversies arising from the revisionist inspired war on the paper mounted by the then Executive Committee of the Party.

Ken Graves Kenneth Graves was born in Birmingham into working class family on the 31st January 1923. His education was severely disrupted due to his father having to move around to get work.  The young Ken fully […]

Ken Gill Born in 1927 in South West England, Ken Gill became a draughtsman and was appointed a full-time office of his union, the Draughtsmen’s and Allied Technicians Association (DATA) in 1962, covering initially Liverpool […]

Ken Sprague   Initially a bakers’ boy, a circus worker, boxer and a miner, Sprague worked for the Daily Worker and the Morning Star.    He then became, variously, a print-maker, poster designer, painter, […]