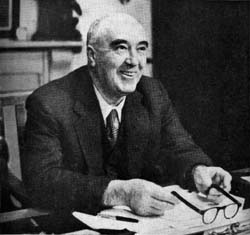 Born in 1890, Harry Pollitt came from a line of Lancashire working class radicals; his great grandfather had been a Chartist.
Pollitt commenced work as a `half-timer’ at the age of 12 with his mother, a textile worker. After 3 years he was apprenticed as boilermaker at Great Central Railway works in Manchester. At the age of 18, he joined the ILP; two years later it became Openshaw Socialist Society. At the age of 21, he became a shop steward. (Right: a Soviet commemorative stamp from 1960.)
Involved in the anti-war movement in 1914-18, he led a shipbuilding workers’ strike in Southampton in 1917 against the government’s dilution scheme. In 1918, he founded the Thames Valley shop Stewards committee, which by the following year had 17,000 fully paid up members. In 1919, he was elected to the position of London secretary of the boilermakers and had thus emerged as a shop stewards’ leader of national standing.
Pollitt was at the fore of the successful struggle to prevent the British government supplying armaments to the enemies of Soviet Russia. He resigned his full-time union position to take up a post with the Hands off Russia campaign. In 1921, he was appointed an organiser for the Red International of Labour Unions and attended the first congress of RILU. Pollitt attended Lenin’s funeral. In 1923, he was appointed the national organiser of the Communist Party.
Now playing a leading role in the Communist Party in the 1920s, he was also still a major figure within the wider labour movement. He was a President of the conference of the Federation of Trades Councils and a delegate from the Boilermakers’ Society to the TUC and the Labour Party conferences.
In the late 1920s, Pollitt and Raji Dutt worked closely together to remodel the Communist Party away from the pre-war heritage of ramshackle socialist debating societies towards a centralised, strategic force. Pollitt’s particular take on leadership represented a move away from a propagandist style of work towards organisation at the point of struggle, linking immediate struggles to longer-term objectives. Unquestionably, his great grasp was the importance of the revolutionary movement having mass links.
Pollitt was married to Marjorie, pictured left, herself a national Communist leader in her younger days.
He was, famously, the long-term leader of British Communists, being General Secretary of the Communist Party from 1929 to 1956, with the exception of a brief interlude from 1939. Then, he and Dutt differed sharply over the characterisation of the Second World War as being either an imperialist war or an anti-fascist one. Hitler’s invasion of the USSR in 1941 changed the character unambiguously and Pollitt returned to the leadership. From this point onwards, Pollitt was especially linked with the development of the specifically British strategic programme of the Communist Party, `The British Road to Socialism’.
He died in 1960. A plaque dedicated to the memory of Pollitt was unveiled by the Mayor of Tameside on the 22nd March 1995 outside Droylsden Library.
Sources: include John Mahon’s biography of Pollitt and Sunday Worker 25th October 1925

Left: A medallion presented to Harry Pollitt by the Boilermakers’ Union Sir John Simpson lodge, No. 4420 on the 14th September 1934. There appears to be engraved a hallmark and the letters C.U, with the words “justice truth philanthropy”

MORE PICTURES AND TEXT BELOW 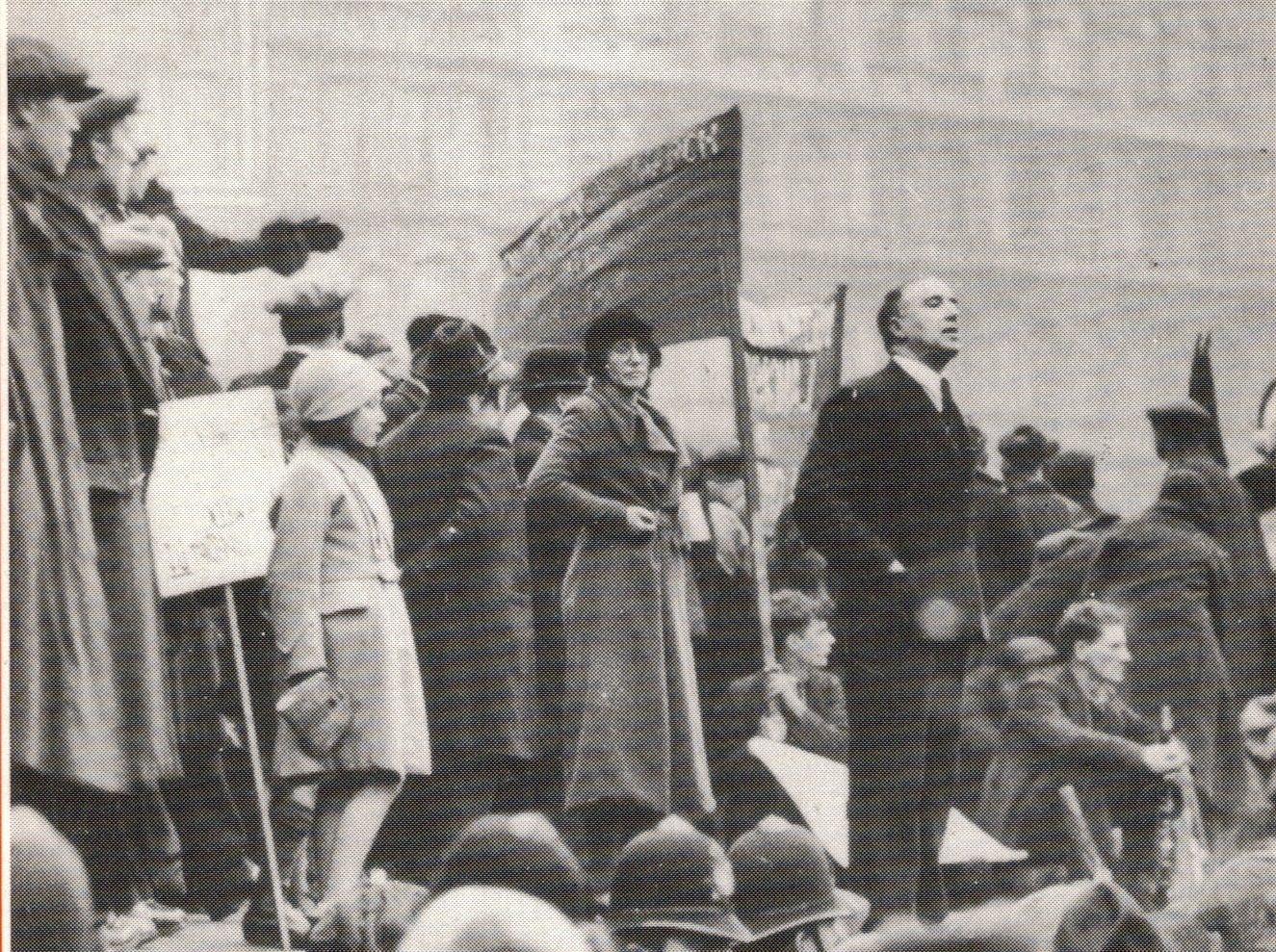 Harry Davy Harold Davy was the President of the Hull 2nd Branch of the Amalgamated Society of Woodworkers (today part of UCATT) and, as such, a mass leader Humberside building workers during the 1920s and 1930s. A […]

A brief biography of Harry Davies by Graham Stevenson additions and corrections welcomed: info@grahamstevenson.me.uk     Born in 1887, Harry joined the Royal Engineers in 1914 at only 17 years of age. In 1919 […]

Jack and Harry Rosenberg The Rosenbergs were Cockney Jews, Jack born in early 1917 and Harry in 1919.  The brothers were active in the Hackney Workers Sports Club from 1933 and possibly before that the Clarion Cycle […]