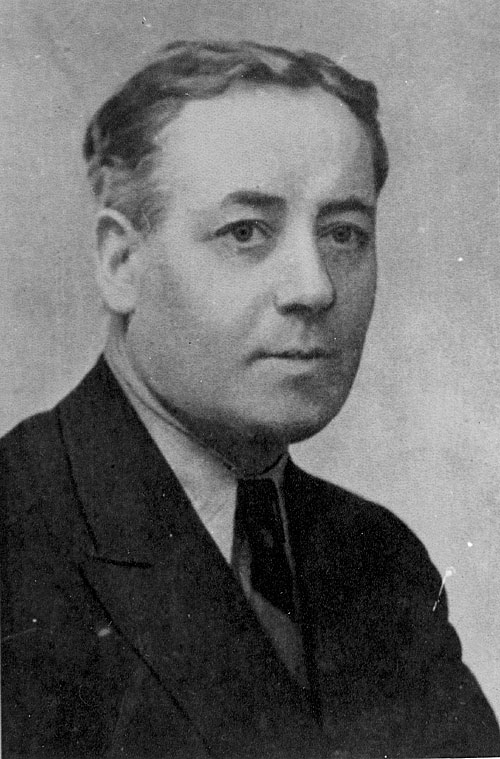 Thomas Bell was born in Parkhead, Glasgow in 1882, the son of a stone mason and a cotton spinner. He left school at 12 years of age and his first job was as a `milk boy’. He then worked for an aerated water company but was to become an apprenticed iron moulder. In 1900 (or 1901), he joined the ILP, attending economics classes given by G S Yates. Bell became dissatisfied with the ILP’s attitude to trade unions and industrial workers and, in 1902, joined the Marxist Social Democratic Federation. But his continuing views on unions and workers led him, and those who thought like him, to be denounced by SDF leadership as “Impossibilists” and the entire group, led by Yates and Matherson, was expelled at the 1903 SDF conference.
Bell, along with others such as Willie Gallagher and Arthur MacManus, joined the Socialist Labour Party (SLP), which was established in 1903 after their expulsion from the SDF. This organisation was also Marxist but was small; it was an overwhelmingly Scottish grouping, although there were also were small groups in Sheffield and Derby. This British SLP also had close links with the Socialist Labor Party of America led by Daniel de Leon.
He was a member of the Associated Society of Ironmoulders of Scotland from 1904 and remained active in the union from then on. Bell soon became one of the SLP’s most prominent members, in the process steering it away from the grip of `de Leonism’. Bell was a member of the strike committee during the Singers and Argyle Motor Works in 1911.
An anti-war activist, Bell was also one of the leaders of the Clyde Workers’ Committee and shop steward’s movement during the First World War. When war broke out, he was active in the unofficial workers’ committee movement, first in Liverpool and then in Glasgow. In 1914, he was elected to the Executive of the Scottish Ironmoulders but then left Glasgow to work in London and Liverpool.
For periods, he was a SLP propagandist in London and Lancashire. In 1919, Bell became editor of the SLP’s weekly journal, “The Socialist”. Under his editorship, its circulation rose to 8,000 in 1920, when he left the position.
He was also President of the Scottish Ironmoulders’ and leader of the 1920 moulders’ strike, which was successful in obtaining a wage rise for the whole of the engineering industry. He was also active on trade union affairs in Merseyside and Manchester. Bell was a close associate of James Connolly and was Chairman of ManchesterLabourCollege and Plebs League.
He played an important role in the establishment of the Communist Party in 1920, as one of three SLP delegates (Arthur MacManus and William Paul) to the Communist Unity Committee and Convention. He and his fellow SLP delegates’ support for the establishment of the CPGB led to them being expelled from the SLP.
Bell was a Communist Party Executive member from 1920-1929 and initially National Organiser and was the first official representative of the British Party at the EC of the Comintern. He was editor of Communist review from 1923. During the political show trial of the British  Communist Party leadership in 1925, Bell was sentenced under the Incitement to Mutiny Act 1797 to six months in Wandsworth jail, along with Arthur MacManus, J T Murphy, J R Campbell, Robin Page Arnot, Tom Wintringham, Eric Cant. Five others got sentences of 12 months: Albert Inkpin, Willie Gallagher, Harry Pollitt, William Rust and Wal Hannington. (Bell was in the cell next door to Gallagher in Wandsworth jail).
He was head of the Party’s Agitation and Propaganda Department and the Colonial Department at different stages. Despite finding himself a little sidelined by the `bolshevisation’ measures of the late 1920s and early 1930s, he remained a member of the Party with some influence until his death in 1944.
Sources: “Pioneering Days” (first published 1941); Gallacher Memorial Library, Glasgow Caledonian University, Michael Walker, Sunday Worker 25th October 1925

Tom Lowe Born in 1883 in Belfast, Tom Lowe’s father was a member of the Social Democratic Federation (SDF). He was apprenticed as a skilled iron-moulder, or foundry worker, in Lancashire and later blacklisted for […]

Tom Quelch Tom Quelch was the son of the rather more famous early socialist Harry (Henry) Quelch who died in 1913 (pictured below) and was also nephew of Alonzo Quelch, a noted socialist in the Reading […]

Tom Oldershaw A carpenter by trade Oldershaw was a member of the Battersea Number 2 branch of the Amalgamated Society of Woodworkers. He seconded a motion to the local Trades Council to establish an Aid to Spain committee […]