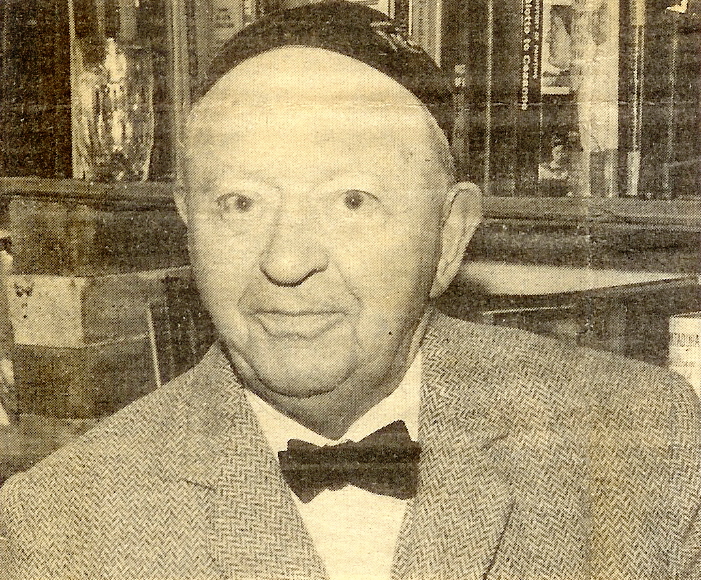 Robin Page Arnot was born on December 15th 1890 at Greenock, where his father was the editor of the `Greenock Telegraph’ and `Clyde Shipping Gazette’. He went to Glasgow University where he helped to form the University Socialist Federation in 1912, with GDH Cole and others, and of which he was to become its chair. He contributed to the ILP’s `Labour Leader’ under the non de plume of ‘Jack Cade’.

Robin Page Arnot was closely connected with the Labour Research Department from its beginnings. In 1912 the Fabian, Beatrice Webb, had established a Committee of Enquiry into “The control of industry in the state of tomorrow”. One of the volunteers attracted to the project was Arnot. The committee soon turned into the Fabian Research Department and in 1914 Arnot became its full-time secretary, a post he held until 1926.

Arnot was called up to fight in the war in 1916. He refused to go, being opposed to war and was imprisoned for two years in Wakefield as a conscientious objector. When he was released in 1918 he returned to his former post as Secretary of the Fabian Research Department which had by then changed its name to the Labour Research Department, having become an independent ‘fact-finding body for the trade union and labour movement’. In 1919 the miners demanded higher wages, shorter hours and nationalisation of the mines. The government established a Committee of Enquiry and the Miners’ Federation asked the LRD for help. Arnot assembled evidence on their behalf and publicised the miners’ cause. Arnot, together with H H Slesser, the Federation legal advisor, drafted the Mines Nationalisation Bill which was presented to the Royal Commission set up by the government. During the railway strike later that year, Arnot and the LRD organised publicity for the railwaymen. Arnot also wrote a history of the LRD in 1926.

Along with a number of others, such as Walter Holmes and William Mellor, who dubbed themselves the `Guild Communist Group’, a left trend amongst a larger movement for `guild socialism’, numerous in the LRD, Arnot was one of the founder members of the Communist Party in 1920, although he was only 20 years old, as was his second wife, Olive. His strong intervention in the debate about Labour Party affiliation, for which he was in favour, marked him out as an advocate of British Communism fixing itself firmly as part of the wider labour movement.

With R Palme Dutt and W N Ewer, he set up the Trinity Trust that formed `Labour Monthly’, which ran from 1926 to 1981 and was long edited by Dutt. In all that time, Arnot was a regular contributor and working editor for the journal. From October 1922, Arnot was one of a three-man commission that worked for a year on measures to reorganise the British Communist Party. He also became a member of the Party’s Central Committee and as such was arrested under the 1797 Incitement to Mutiny Act in 1925 in the run up to the General Strike and spent six months in jail. He was released on the eve of the strike and helped to form the Northumberland and Durham Joint Strike Committee. He later returned to the LRD as Director of Research and wrote a book on the general strike.

He was a British representative at the Comintern’s 6th Congress in 1928. and was the first Principal of the Marx Memorial Library from 1933 until the end of the second world war and from 1949-1975 he wrote a famous 6-volume series on the history of the miners. He was also the author of a two-volume `Short History of the Russian Revolution’ (1937) and a volume celbrating the 50th anniversary of the revolution, `The Impact of the Russian Revolution’. He was elected to the LRD’s Executive in 1938 and was re-elected every year until 1976 when he was made Honorary President. He wrote six volumes of miners’ history between 1949 and 1975. Arnot died in 1986 aged 96, from 1984 publicly and openly fighting the revisionist trend that was taking control of the CPGB even to the end.

Robin Mudie He was known as Robin, but born Robert David Mudie on May 17, 1922 to Angelici (nee Falcioni) and Robert Wright Mudie, a jute mill manager in Bengal.  Robin's aunt also lived in […]

Sidney Page   A life-long Communist, Sid Page taught English at Stonehill High School in Leicester for 25 years, having previously worked at Roundhill School.   When he became President of NUT Mid-Leicestershire Association in […]

Christina Page Christina Page was a constant campaigner for more women on the TUC general council. After she was awarded the TUC gold badge — the movement’s highest award — by president Tom Jackson in […]