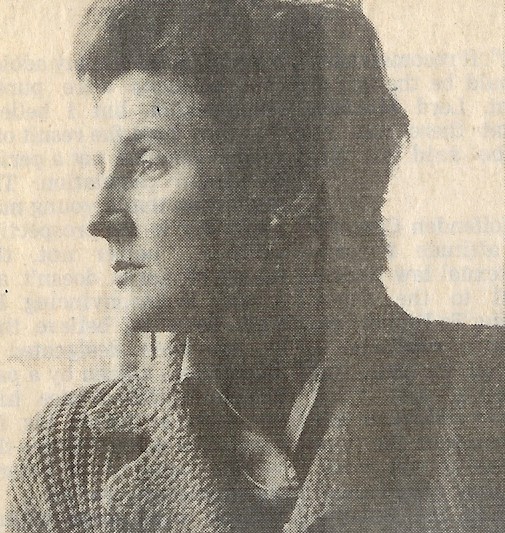 Born on March 8th 1914, near Manchester to a prosperous family, familiarly known to family and friends as `Nancie’, she was married to Roland Berger. Moved to London in 1935, where she and her LSE student brother, Peter, both joined the Communist Party. In 1939, she attended the League of American Writers in the US. In 1940, she joined the Bank of England, promptly set up a staff committee for temporary clerks and found herself summarily dismissed. Her subsequent career as a civil servant in the statistical office of the Ministry of Fuel and Power, eased by the changed circumstances of the later wartime period, was considerably more successful. Though a low graded worker in the Ministry, she developed a statistically valid and rational plan for assuring the distribution of fuel with equity.

When aged only 33, she was awarded an OBE in the New Year Honours’ list of 1948, an incredible achievement, especially given the looming frigidity of the Cold War. She maintained a firm belief in Marxism but allowed her status as a card-carrying member to lapse some time in this period. Thereafter, she was a free-lance journalist, for much of the rest of her life. She was editor of Hospitality, a hotel and catering management journal and, more solidly, author of a book on the educational and social value of school meals.

In 1962, Berger joined Helen Joseph on a trip to make contact with banned women activists in South Africa. Nan Berger was co-author of Woman – Fancy or Free? (1962) and a Penguin handbook on women’s rights in 1973. She died on July 16th 1998.

George and Nan Green NanGreen was born in Nottinghamin 1904 and was brought up in Beeston and then Birmingham.   Nan Green worked for Spanish Aid in London. Her husband, George Green, served with the International […]

Nan McMillan A teacher and union activist, Nan McMillan was born in 1906 the sixth of 12 children in a working class family in Bermondsey, south London. Exceptionally talented, she won a Junior County Scholarship […]