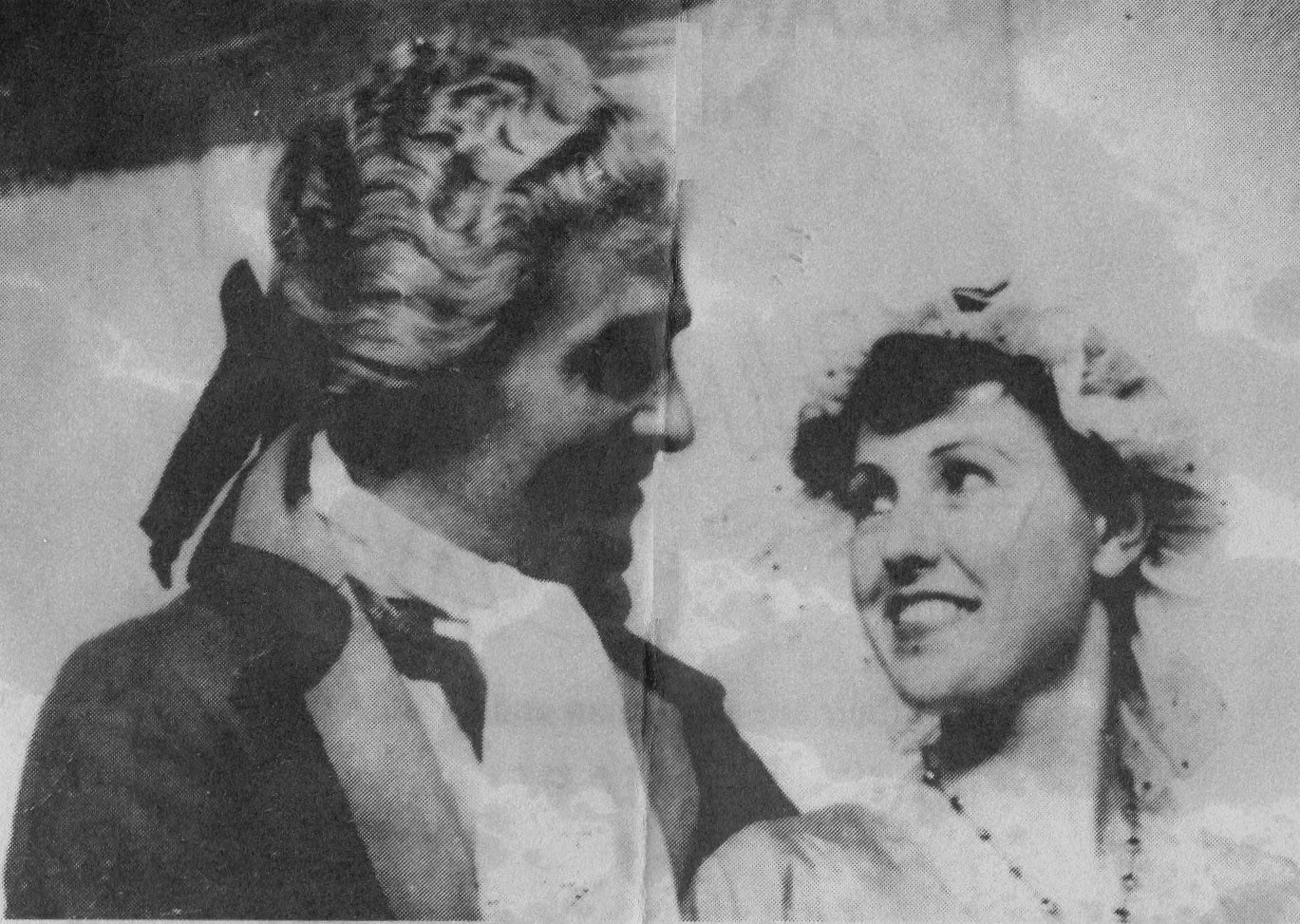 Left: Martin in 1944 with his wife Elsie, him as MacHeath and her as Polly, in a production of the Beggars'  Opera.

As a young man, he could have had a career in opera but preferred to stay with his family and be engaged politically. Also a talented painter, his activities for the Communist Party in the 1930s included campaigning for aid to Spain and organising the Birmingham tenants' strike of 1939.

In 1940, he became a founding member of Birmingham's Clarion Choir. Along with his wife, Elsie (see separate entry), and was an active and leading member, indeed Chair, until his death in 1984.

Martin Flannery Born on 2nd March 1918, the youngest of seven children, Martin Henry Flannery was born in Walkley, Sheffield, in March 1918 to Irish parents. At that time, his father, a soldier with the […]

Elsie Marshall Elsie Cox, was born on the 12th August 1915, the youngest of five children to a staunch socialist family. (Elsie is pictured in the featured image in her later years) Her parents were […]