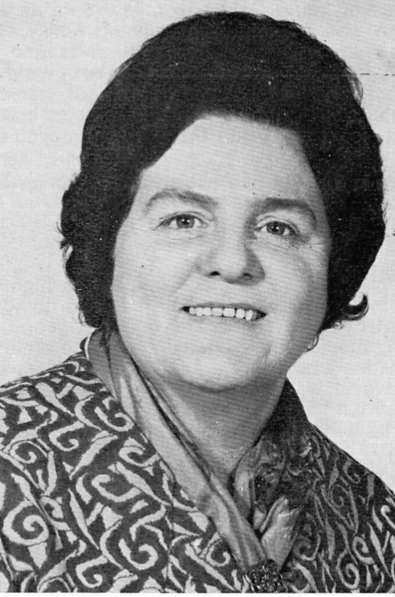 Married to Sammy Cairns (see entry for Bill Carr and Sammy Cairns), Marie lived in Moorends from the age of 10 years and was well known locally in her own right.

At the age of 51, on Saturday 15th May 1965, she stood for her husband’s vacated seat on Sammy’s death, unsuccessfully but nonetheless effectively, in the Thorne RDC council by-election to join Bill Carr. Sam had won in 1959

Marie Betteridge   Born into a working-class family in Islington in 1922, Marie was brought up in Lewis buildings, in Liverpool Road, Islington. She attended Laycock School before winning a scholarship to Highbury Hill High […]

Jack & Marie Shapiro The Shapiros began their youthful political activity in the mainstream Communist movement but diverged into supporting other Marxist tendencies for much of the second half of their life.  Born in […]

Minna Cairns (nee Cromack) Scarth An obviously highly literate woman, Minna was born in Leeds on 28 April 1886. Minna is the short form of this German female form of William – Wilhelmina – which […]