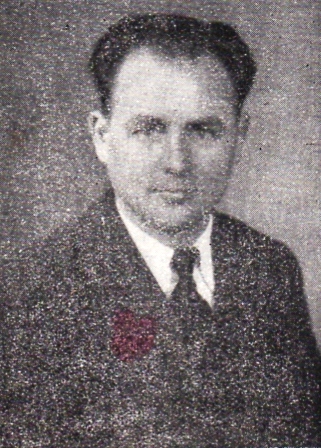 Born around 1905, Cartwright was born and bred, lived and worked in Blackpool. He attended school locally, at Tyldesley, became an engineering worker and joined the Amalgamated Engineering Union. He served in the RAF as a Flight Engineer and participated in 29 operations over enemy territory.

After demobilisation, he became active in Blackpool Tenants’ Association, becoming the editor of its paper. He left the Labour Party to join the Communist Party in 1951. Cartwright stood in local elections as a Communist in the mid-1950s in Layton Ward.