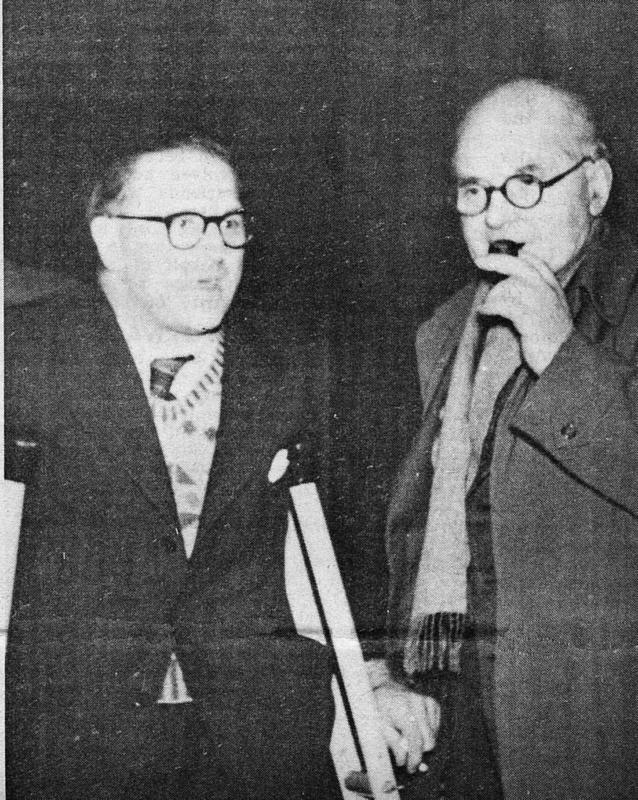 Callan (pictured left on the left with Willie Gallacher on the right with a pipe in his mouth – see separate entry) was Conductor of the internationally famous Glasgow YCL Choir, which he formed in 1945 and led until 1960. The Choir won awards at World Youth Festival in Berlin, Bucharest, Warsaw, Moscow and Vienna. They turned down offers of recording contracts in Britain because they would not drop the word `Communist' from their title. A 1960 recording of the YCL Choir for BBC Scotland of two settings by Communist composer, Alan Bush, of the Red Flag and L'Internationale are still widely used on TV and radio.

Callan became Conductor of the Glasgow Socialist Singers until 1968. In 1981, the Choir reformed and sang their `Liberty is a glorious feast', from the Jolly Beggars' Cantata, at the William Gallagher centenary celebrations in Lochgelly.

Callan worked for many years in a Glasgow sugar refinery, was an AEU gold medallist and died aged 79 in 1991.