Not to be confused with a later right-wing union leader of the same name (!), Conway was a Barnsley miner, born around 1922 who joined the Communist Party and Young Communist League (YCL) in 1940. He was an activist in the then Yorkshire Miners Association in its Wooley branch. A noted youth activist, he was long remembered for his leadership of a campaign during the summers of 1944-6 to organise parties of 300 to 400 volunteers to assist in the collection of harvests, rather as in emulation of Soviet workers during the war. 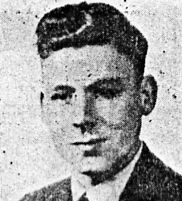 Despite his Party membership, Conway was sufficiently regarded locally to be asked to speak at election campaign meetings on behalf of the decidedly right-wing Yorkshire miners’ leader and Labour candidate Fred Collingridge in 1945. For his own part, Conway was a candidate in the local elections in Barnsley later that year for the Communist Party.

He joined the large British Communist group attending the 1947 Bastille Day demonstration in Paris, the mining complement of which also used the opportunity to join up with other British Communist miners to visit French mines and examine working conditons. Later that year, in August, the Yorkshire YCL organised a meeting of young miners, attended by 22 Communists representing 20 Yorkshire pits. Jim Conway chaired the meeting as he was "well known and respected in Barnsley as a young communist miner". Others in attendance included Dennis Polmaroff, a Doncaster miner, who stated that "the coal boards are composed of men who previously were coal owners and who still retained interests opposed to the interests of the miners"

A three point policy was adopted by the YCL
1) Immediate payment of adult wage rates to lads at 18
2) Immediate action on need for social, cultural and leisure facilities in mining communities
3) Youth representatives on lodge committees of the NUM

The meeting ended with a demonstration through Barnsley and a public meeting on the Market Hill, at which Jim Conway, Ron Blass, Bob Wilkinson (Leeds miner) and Sam Taylor (Brierley NUM) spoke on Communist policy.

Conway continued in active membership of the Communist Party and was a candidate in, at least, the 1961 municipal elections in Carlton ward; his campaign portrait is pictured below: 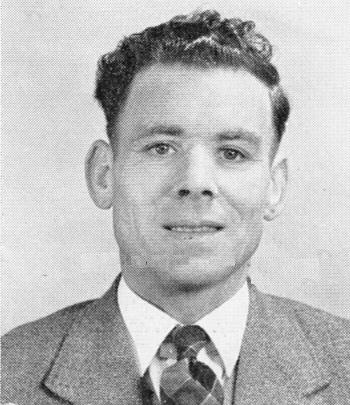