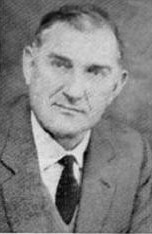 Of Jewish extraction, Harry Bourne served in the International Brigade in Spain and was born in May 1913. He is probably the International Brigader, whose real name was documented as Harold Ceiternbaum. The home address of this volunteer was Westcliff-on-Sea, a sea-side town near Southend in Essex, which had a significant and generally prosperous Jewish community, around 300 families by the 1930s.
The name Ceiternbaum appears to have been a corruption of a widely used name in Central and Eastern Europe, from where the family presumably originated. No less than 21 variations in spelling, mostly vowel changes, exist on Jewish family history websites but it must have originally been “Citronbaum” – or, delightfully, “lemon tree” in German. The version used to register as an IB volunteer is very unusual and descendants continuing to use the name are few. It seems likely that young Harry fell out, over politics perhaps, with a prosperous father, for the resort was a bolt hole for those who had done well in business in the east end of London.
The IB volunteer, Ceiternbaum, was also known successively as Harold Sittingbaum and then possibly Harold Sittingbourne (a place in Kent) and finally Harold Bourne…or – Harry Bourne! It seems highly that Bourne adopted a nom de guerre and that the identification is accurate, since the later Party functionary was credited with fighting on the Ebro, as did Ceiternbaum, in his election addresses in the 1960s and he would not have been in any way unusual in anglicising his name. 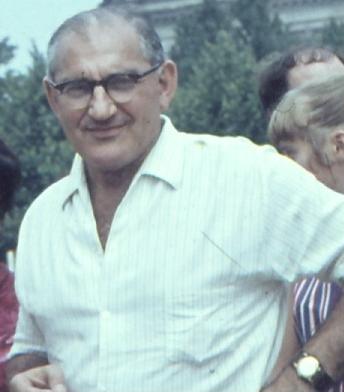 He was already a Communist Party member when he was in the battle of the River Ebro and receiving a wound that gave him a life-long limp. This was a decisive battle; in April 1938 Franco’s army was in danger of encircling Madrid. In an attempt to relieve the pressure on the Spanish capital, the Republicans attacked across the fast-flowing Ebro. Republican troops, including the 15th International Brigade and the British Battalion, began crossing the river in boats on 25th July. They suffered heavy casualties and after six days was forced to retreat. Some 6,500 were killed and nearly 30,0
00 wounded, including Harry Bourne.
This finally destroyed the Republican Army as a fighting force. In a desperate attempt to secure international action to prevent German and Italian intervention in support of Franco, on the 23rd September, the Republican government unilaterally withdrew the IB from Spain.
During the blitz in the Second World War, Harry Bourne was heavily involved in the Communist project in the East End of London to occupy London Underground stations as make-shift shelters for working class people, an initiative that eventually won official approval.
He was a clerical worker before becoming a full-time Party official, firstly in the West of England and then, from 1953 as the District Secretary in the Midlands. He was a Parliamentary candidate in Coventry East, polling 1,368 votes (2.26%) in 1966 and 1,138 votes (1.88%) in 1964.
A member of the Party EC, Bourne was an energetic and ebullient man, a Party leader of enormous talent who commanded loyalty and affection as well as respect. He accepted a secondment for one year to head the East Midlands District of the Party in the early 1970s, when the District was evenly split over the decision on which local full-timer to appoint as District Secretary, a conflict that owed as much to political differences of the nature that would bedevil the Party in the decade to come as to personalities.
He retired early in 1973 of ill-health and died the following year, aged only 61 years; an ambition to write creative stories being thwarted by this relatively early death. He was married to Mary, herself a life-long Communist, who died in great old age in the 1990s. Mary was herself a woman of great intellect, highly knowledgeable of the arts, who came from an exalted upper class family  – her father had been an admiral of the fleet.
Party pamphlets by Harry Bourne: `Racialism: Cause and Cure’ (1965); `The Midlands case against the Common Market’ (With George Jelf); Midlands District Communist Party (1963) 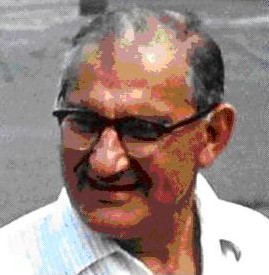 Harry Davy Harold Davy was the President of the Hull 2nd Branch of the Amalgamated Society of Woodworkers (today part of UCATT) and, as such, a mass leader Humberside building workers during the 1920s and 1930s. A […]

A brief biography of Harry Davies by Graham Stevenson additions and corrections welcomed: info@grahamstevenson.me.uk     Born in 1887, Harry joined the Royal Engineers in 1914 at only 17 years of age. In 1919 […]

Harry Young Harry Young was the son of an active member of the Islington BSP and a member of that Party when it merged with others to form the British Communist Party. He was certainly the […]