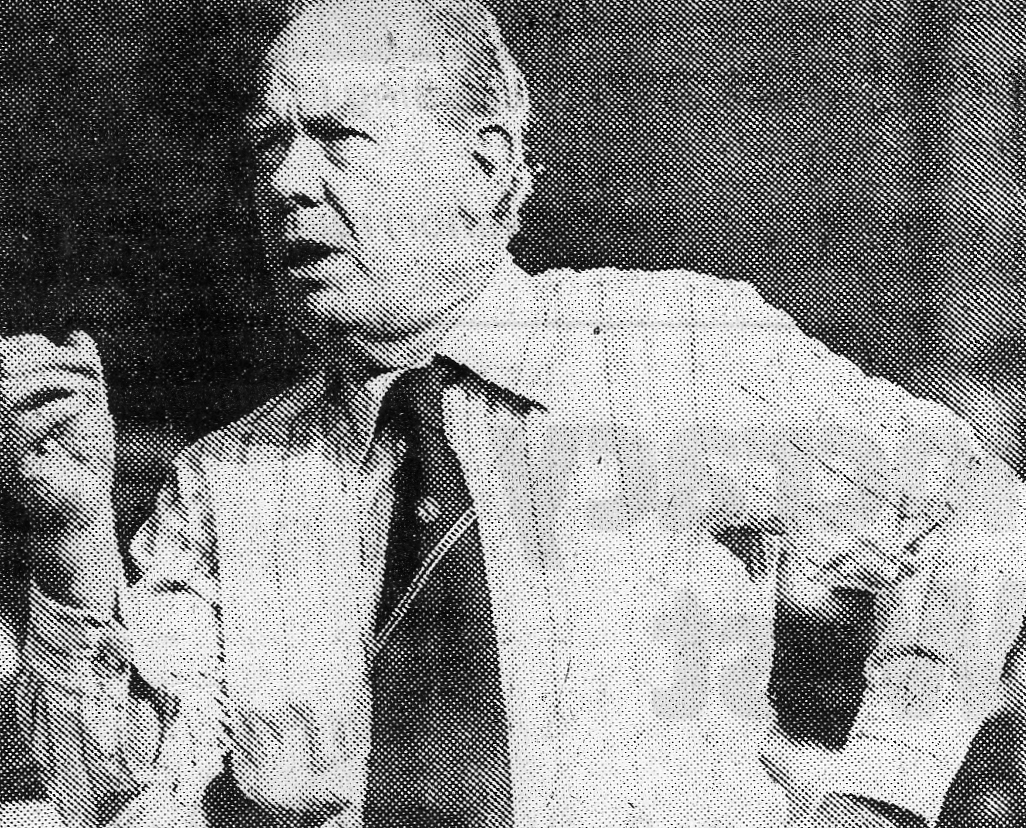 Born 1916, George Caborn is still recalled as a towering figure of the 1970s Sheffield labour movement; a man of such honour and integrity that he is still highly regarded figure a quarter of a century since his death. Indeed, he had been awarded the Freedom of the City of Sheffield in 1981, a remarkable distinction for a man who was a member of the Communist Party all his adult life.

Caborn, as he was widely and simply known in Sheffield, became active as a shop steward in 1938 in the Heavy Engineering Department at Firth-Brown’s, the following year he joined the Communist Party, which he was to remain a member of until his death. He worked there during the war and was convenor, except for a period when he was at GEC in Rugby. He returned to Firth-Brown in 1944 as an apprentice trainer and was also a sergeant in the Home Guard in the factory. After the war period, he became a member of the Sheffield Area Committee of the Communist Party until 1980.

He was a member of the powerful Sheffield District Committee of the Amalgamated Engineering Union in January 1947 as a delegate from No 21 branch and remained a member until the end of 1950 when he came off the committee, having accepted a job as a junior and then a senior, foreman. This phase soon ended when, on the occasion of a welders’ strike, George walked out with the men, despite the fact that formally the issue was nothing to do with him. He was sacked for this but returned to the shop floor. The AEU Executive removed his shop steward’s credential in 1960 due to his sponsorship of a rank-and-file conference. Even so, effectively, he remained as convenor, simple reverting back to his branch role on the Sheffield DC.

He played a leading role in the formation of Sheffield Campaign Against Racism and chaired all its meetings from 1977 until his death. Chair of the Sheffield Branch of the British-Bulgarian Trade Union Association, he led several delegations to Bulgaria. In 1980, he was awarded the Gold Medal of the Bulgarian trade unions and, in 1982, the Georgi Dimitrov Peace Medal.

As chair of the Board of Governors of Sheffield City Polytechnic, and for his wider services to promotion the education of young people, he was awarded an Honorary Fellowship. A memorial trust in Caborn�s name was established in 1985 to provide educational foreign travel to young people. One of George Caborn�s sons is Richard Caborn, the Sheffield MP and cabinet minister.

pics: above George Caborn in fighting form and in portrait; below – the start of the massive funeral cortege, replete with banners and followed by hundreds of mourners. 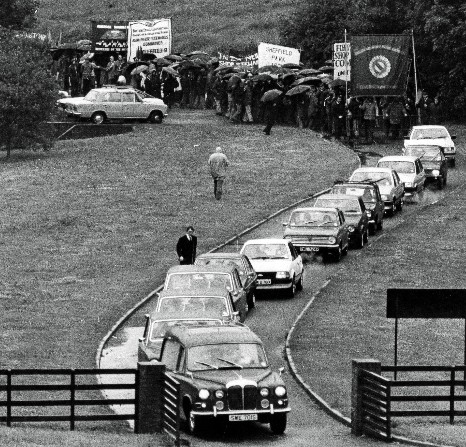