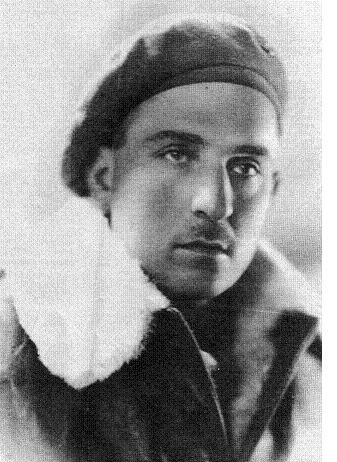 Len Crome – doctor, soldier, Communist and Chair of the International Brigade Association, Crome was the son of a Jewish businessman and was born in Daugavpils, Latvia on 14th April, 1909. After being educated locally he went to Scotland and studied medicine in Edinburgh.

Crome found work as a doctor in Blackburn but concerned by the growth of fascism in Europe, volunteered to join a Scottish ambulance unit that was helping the Republican forces fighting in the Spanish Civil War. Crome served in Madrid and after the death of Dr. Mieczyslaw Domanski, he was promoted to the 35th Division’s chief medical officer. Crome worked on the frontline until Juan Negrin decided to withdraw the International Brigades in September 1938 in an attempt to achieve international mediation.

When Crome returned to England he joined the Communist Party. He settled in London and worked as a GP in Camberwell and on the outbreak of the Second World War used the skills developed in Spain to train air-raid wardens. In December 1942 Crome joined the British Army and served in the Medical Corps in North Africa. During the Allied advance in Italy, Crome commanded the 152 Field Ambulance Unit and won the Military Cross at Monte Cassino. In 1945 he was commandant of the British military hospitals in Naples.

After the war Crome discovered that his mother, father and sister had died in Concentration Camps after the German Army had invaded Latvia.
Crome returned to London and studied neuropathology at the Maudsley Hospital and later worked as a pathologist at the Fountain Hospital in Tooting. He remained active in politics and was secretary of the Society for Cultural Relations with the Soviet Union. He was also chairman of the International Brigade Association.

Crome wrote several books including Pathology of Mental Retardation (1967) and Unbroken: Resistance and Survival in the Concentration Camps (1988). Len Crome died on 6th May 2001 in Stoke on Trent.

Dr Roy Johnston Roy Johnston was born in Dublin, Ireland in 1929; his father, Joseph Johnston, had been a Protestant "Home Ruler" farmer from the Dunganon area of Tyrone and a member of the Irish […]

Les Kingscott   The Chairman of a Joint Shop Stewards Committee at a Birmingham motor factory joined the Communist Party in March 1961. As he explained in the Daily Worker, "I joined after many, many […]