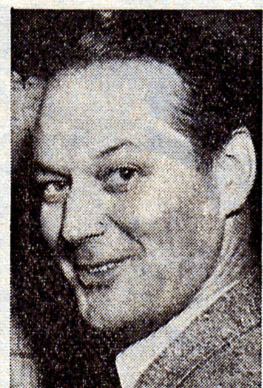 Born on March 6th 1913,  railway family, Dave Bowman first worked in a biscuit factory and the Co-op bakery.  He became an engineer cleaner at Tay Bridge depot in 1930, only to lose his job after two years as the recession bit. For several years he had a variety of jobs including selling Singer sewing machines and frying pans while spending his leisure hours reading and studying which resulted in him becoming very politically aware and something of an authority on the poet, Robert Burns.

He returned to the railway industry in 1936 when he also became active in the local branch of the National Union of Railwaymen and left the Labour Party for the Communist Party largely because of events in Spain. On one memorable day for the Bowman family, a train left Dundee with Bowman senior driving, Dave firing, and elder brother Bob as guard. His first public speech was in City Square, Dundee, at a Spanish republican rally, after which he became a regular public speaker and contributor to the then Daily Worker.

For most of the three decades after the Second World War, he was the focal point of the Communist Party’s considerable influence in and around Dundee. In 1945, he refused to run as the Communist parliamentary candidate for Dundee East against John Strachey out of sympathy for the man and his previous politics. This was a decision that embittered his partner in the Dundee West seat, Krishna Menon, a future foreign minister in Nehru’s government. Nonetheless, Bowman did contest the seat on seven occasions in all, unsuccessfully so, despite the strong Communist tradition in Dundee, over two decades: 1950, 1951, 1955, 1959, 1963 (by-election), 1964, 1966. The Glasgow Herald once referred to him as being one of the “most forceful” speakers of the campaign. Always polling somewhere between two and three per cent of the poll, or round one and a half thousand votes, Bowman was noted for his openness and optimism in political circles.

An engine driver, who followed in the footsteps of both his father and grandfather, he was an activist for the National Union of Railwaymen rather than ASLEF. Bowman was, like many railway workers, highly proud of his industry. He himself drove the fastest steam locomotive in the world, the Mallard, in its prime years and, during the war, he was sufficiently regarded as a loco driver to drive Winston Churchill and the Polish general, Sikorski, on a special mission to Dundee.
He served on the NUR national executive committee for much of the 50s and 60s alongside other prominent communists and was part of an NUR delegation to the Soviet Union in 1956 when the then NUR general secretary Jim Campbell and president Tom Hollywood were killed in a road accident.
Bowman had four three-year terms on the NUR executive from 1953 to 1974. (The union operates a rule debarring continuous service on the EC, requiring periods of absence in between terms of office.) He argued strongly that the NUR should have made a firmer stand against the massive rail cuts introduced under the Beeching Plan and could have won. Many have speculated that had Bowman been President at this time, British transport history would have been vastly different. Instead, a massive reduction of the rail network in Britain emerged out of two reports written by Dr Richard Beeching and published by the British Railways Board in 1963 and 1965. The first report identified thousands of stations and 5,000 miles (8,000 km) of railway line for closure, 55% of stations and 30% of route miles, with an objective of stemming the large losses being incurred during a period of increasing competition from road transport; the second identified a small number of major routes for significant investment

Bowman eventually became NUR President between 1975 and 1977, at the time this was a highly influential position of what was then an exceedingly large union. It is widely conceded that he would have been elected President in the 1960s, were it not for his Party membership. Attempts to change the rules to permit a Communist to stand for NUR President were made, with Bowman’s Dundee branch regularly and pointedly placing an amendment on the agenda of rules revision conferences. Arising from the anti-communist bans and proscriptions of the later 1940s, the union’s rulebook stipulated that its President had to be a delegate to the Labour Party and be eligible to sit on its national executive. Clearly, as member of the Communist Party, he would be unable to fulfil this stipulation. Despite all this, Bowman was only narrowly defeated in the 1958 presidential election, so widely was he admired.

At this stage, unlike the campaigns to lift the bans on Communists in other unions, there was little interest in applying pressure for the removal of this minor and esoteric constitutional limitation. There were suspicions that this experience wore down Bowman’s hitherto otherwise staunch commitment to Communism. But in 1968, he displayed a significant commitment to revitalising the Communist Party when its strategic programme, then called the British Road to Socialism, was revised in a substantial way and he was at the centre of that. In fact, Bowman was a member of the small BRS Commission, along with a handful of very senior Communists. (Gollan, Reid Aaronovitch S, Mahon, Kettle, Falber, Reid). As the main voice for workers in this process, Bowman submitted an extensive paper on the need to strive for greater workers’ participation in the nationalised industries which was taken into account in the text of the new programme.

Even so, he took issue with the calculatedly nuanced position of the Party’s executive committee after the 1968 Warsaw Pact intervention in Czechoslovakia and allowed himself to fail to be re-carded in 1970.  His departure from the Communist Party was marked by considerable press attention, negatively directed at the Party. It does not seem that he really had any substantive difference with the line of the Party. Later, he quietly joined the Labour Party and was thus a member according to rule when he was finally elected President at the last possible moment before he retired from work. 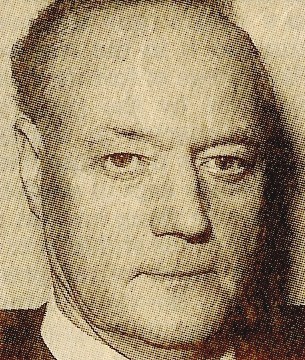 As such, he was intimately involved with the 1975 national rail pay talks. The NUR had put in a 30% pay claim in the wake of the successful outcome of NUM’s 1974 dispute that led to the fall of Heath’s government and the election of one lead by Harold Wilson. With a strike looming, Bowman and the NUR General Secretary, Sid Weighell, were called to Downing Street. Although they called the strike off, it was with their demands more or less met. As President of the NUR, he was disappointed in his hopes to overcome the skill sectionalism that had marked out the train drivers union, ASLEF, preventing three generations of Bowmans from joining it due to their political commitment to all-grades industrial unionism.
During his time as president Bowman argued strongly against the policy of BR Pension Fund Trustees investing in works of art, although he later came to accept that the policy had generally worked well. He also made regular radio broadcasts, including guesting on the Jimmy Young show, which was a highly unusual thing for a trade unionist to do.
Following the death of his wife of 55 years, Elizabeth, in 1991 he married a long-standing friend Barbara Morris with whom he lived latterly in Brighton.
Dave Bowman died on March 3rd 1996, aged 82.
Pic: Bowman at Tay Bridge in 1958

Dave Thompson Dave Thompson, a Merseyside leader of the 1966 seafarers’ strike, died on August 9 2017 in Bangor hospital. Age 79 he was a member of Liverpool, then Crouch End, branches of the Communist […]

Dave Kelly Dave Kelly was aged 30 when he stood as a Communist candidate in the 1950 general election for Ilford South obtaining just short of a thousand votes. The son of a miner, Kelly […]