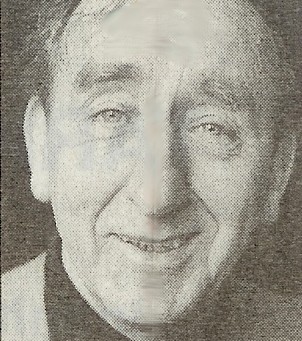 Born November 10th 1926, he became a well-known Irish playwright and novelist and inveterate self-publicist. Brian Behan was the younger brother of the more famous Brendan. Their mother had been a courier to James Connolly during the 1916 rising.
On emigrating to London to find work on the Festival of Britain construction site as a bricklayer, Brian Behan became an active trades unionist and a member of the Communist Party. His activities saw him briefly in prison twice; once in 1951 arising from a dispute on the Festival site, and again in 1958, after a dispute on the nearby Shell Centre site. He became a member of the CPGB EC very quickly but left in 1956, after Hungary, to join the Socialist Labour League (the later Workers Revolutionary Party) as its secretary, although this lasted only a few short years too.
After a work injury, he left bricklaying and entered university as a mature student in 1969. Subsequently, after a teaching course, he lectured in media studies at the London College of Printing from 1973 to 1990.
He died on November 2nd 2002.
Source: Guardian 5th November 2002

Brian Underwood by Marie Pride, Brian’s partner of 35 years. Brian was born in 1930 into a working class family in Bedminster, then an industrial area to the South of Bristol. His father was a docker […]

Brian Oldrey   Born on June 9th 1947, Brian Oldrey began his working life with British Telecom in London. He became involved in trade union activities with the Civil and Public Servants' Association and probably […]

Brian Pollitt   The son of Harry and Marjorie Pollitt (see separate entries), Brian Pollitt read economics at Cambridge. He was Chair of the University Communist Party branch from 1960-62 and again in 1968-69.  He was […]