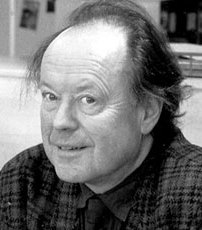 In the 1970s he was a reporter for the Morning Star, becoming its diplomatic correspondent.

In the 1980s, he edited the journal of the ACTT, the film technicians’ union and spent the next three decades moving across the Channel, being based in Brighton when in Britain.

He was London correspondent of the French Communist paper, L’Humanité. A long association with Dieppe followed and, after his death, the Communist-led council in the town named a small square after him.

A long-standing member of the Communist Party, he followed the revisionist tendency in the CPGB and ultimately ended up supporting the Green Party in Brighton.

Peter Zinkin Born on 17th July 1904 in Fulham, his father was a skilled watchmaker, who later set up on his own in a small market stall. After leaving school, Zinkin learned […]

`Peter’ Coe was born Percy Newbold Coe in Kingston, Surrey, in 1919, the eldest child of Violet (née Newbold) and Percy Coe Sr. Percy Coe had a younger brother, Peter, who died in infancy in […]